When I first decided to accept the internship offer for the Military Extension Internship Program, I was bursting at the seams to share how God intervened in the most incredible way. Now that I finally have my blog “up & running,” I’d love to tell a little bit of how I got where I’m going.

For my university, I’m required to complete an internship to finish my degree in Recreation, Sport Leadership, and Tourism Management. This meant that I would be spending weeks on weeks wondering where I would accomplish this, & hours on hours applying to 20+ internship and job opportunities across the country. I made a spreadsheet to keep track of all of the applications I sent out, when I was supposed to hear back from each of them, and where they were located. For quite some time I had imagined myself moving to Colorado for the internship, so despite the circumstances I decided to find & apply to as many places there as I could. Amongst a few other interviews from different states, I had two Skype interviews for city recreation internships in the ski towns of Colorado. The first ended up being a hit & miss, as I wasn’t offered the position. I remember being disappointed, but not too discouraged, as I had the second opportunity to still hear back from. Between this time I was also waiting to hear back from a few other places that not only weren’t in my list of top destinations, but also didn’t quite match my career goals. There were many moments where I broke down before God asking for discernment about where He might be calling me, as I vowed to go wherever He would send me, even if I did not want to. I reached out to different people many times for prayer during this situation because I had never felt so directionless & in need of clarity. I don’t think I’ll ever forget that season of utter confusion, worry, but also exhilaration of not knowing where on Earth I would be just a few months later.

I nervously pushed off a couple of internship opportunities as I waited to hear back from the second Colorado ski town, which I considered my “first choice” at the time amongst the internships I had interviewed with. The date for informing us about the decision got pushed back multiple times, so you can imagine the anxiety that continued to arise during that particular week. Finally I was told that I would receive notice one way or another on March 13th, so that Tuesday morning I drove to the beach for sunrise (pictured above!) coming before the Lord for peace and comfort no matter what the decision would be. I went to school afterward like any normal day & tried to maintain my cool as I stared at my phone waiting for a congratulations call, or a “we’re sorry” email. What I got that morning was something totally different.

I was working on a group project in an empty classroom when I got the email. Not from the ski town, but from the coordinator of the Military Extension Internship Program. I had applied to this program back in January, and was told to expect calls for interviews at a time which had already passed–therefore, I assumed I was no longer a candidate being considered since I had not heard anything. Regardless & sure enough, there in my inbox was the email saying I had been selected to be an intern for the Air Force at Peterson AFB, CO. While we could list our preferences on the application, we were not guaranteed placement at any particular base. But God poured His endless favor upon me & blessed me with the chance to go to my number one location of Colorado. I genuinely was in disbelief, yet had the most overwhelming sense of stillness in my heart knowing this was exactly where the Lord wanted me to be. I spent the fall months prior doing some soul-searching about what I wanted to do with my career and how I wanted to serve others. After this course of time I began seeing how God was amplifying my passion & appreciation for the military community, so I sought out internship opportunities which related to this. The MEIP was the only one I found which would fit my needs, so when I hadn’t heard back I thought maybe I had somehow heard God wrong, or maybe He was just having me wait. So when I received this opportunity, at a particular time where I was waiting for a completely different outcome, not to mention in the place where I wanted to move to so badly, I had never felt so sure of a decision before–and I’m the worst at making decisions! The Lord gave me the peace to be so confident in this decision that I immediately quit everything I was doing and sent back the agreement papers accepting the position before I had even heard back from the ski town internship. Believe it or not, later in the day I got the call that I was in fact being offered that position with their city recreation department. If I had received the MEIP email just a day or even several hours later, I would have ended up with the other internship instead since I thought that was what was best for me. But God in all his perfect timing and provision had a better plan for me. While turning it down was not easy after having spent weeks praying for what I thought was the right opportunity for me, I haven’t looked back since because I know where I am now is exactly where I’m supposed to be.

Two and a half months later I’m sitting in my hotel nearing the end of my internship orientation in Arlington, VA where I got to meet my mentor from Peterson AFB, interact with the other interns placed around the country, and learn more about what this program will entail. I fly back home tomorrow night and will be leaving for my road trip to Colorado with my dad at dark-thirty the next morning. I’ll be moving into an apartment with one of my best friends who so courageously decided to take this journey out west with me, with the support of an entire community in Virginia and North Carolina behind me cheering me on no matter how far I may be. Albeit lengthy, I hope this snapshot of my story encourages at least one person to continue trusting in the Lord in your pursuit of His will, because you just might find yourself somewhere more beautiful than your wildest dreams.

Colorado, I’m coming for you! 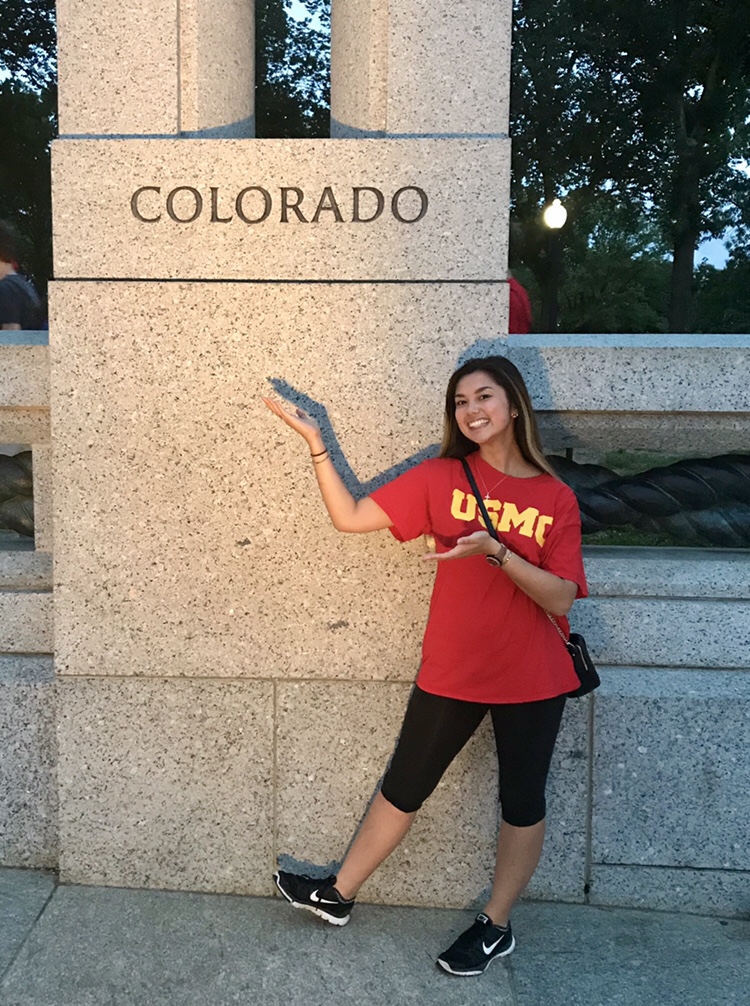 Don’t copy the behavior and customs of this world, but let God transform you into a new person by changing the way you think. Then you will learn to know God’s will for you, which is good and pleasing and perfect.

Begin typing your search above and press return to search. Press Esc to cancel.